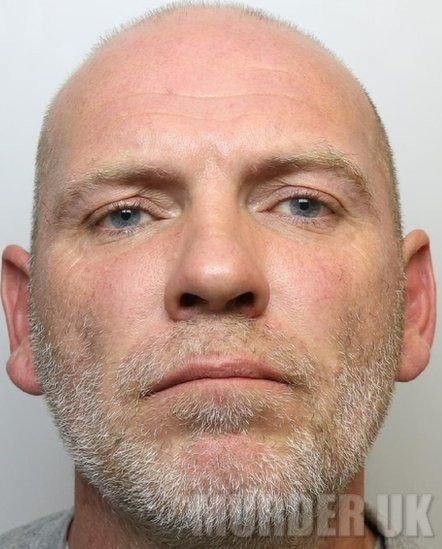 Thomas Nutt had a violent past, previous girlfriends confirmed they were scared of him.

27th October 2021, 46-year-old Thomas Nutt punched and beat, then strangled new bride, 52-year-old Dawn Walker just hours after they were married, and stored her body in a cupboard, he then went on a two-day holiday on his own to Skegness. He even sent a text message from Dawn's phone to her daughter, saying she was missing her.

On his return he put her body in a suitcase and his it in bushes behind their home in Shirley Grove, Lightcliffe, near Halifax, West Yorkshire. CCTV showed him then returning to cover the tracks caused by dragging the suitcase.

31st October 2021, Nutt rang police to tell them Ms Walker had gone missing and then even helped to carry out a search for her, before her body was discovered in the bushes by neighbours, who called the police.

21st April 2022, appearing at Bradford Crown Court, Nutt confessed to killing Ms Walker. He claimed that she had threatened to falsely accuse him of rape, and that she had tried to attack him, and he acted in self defense, he denied murder, but accepted the charge of manslaughter.

10th August 2022, at Bradford Crown Court Thomas Nutt is found guilty of murder, the lesser charge of manslaughter was thrown out.

18th August 2022, Nutt is sentenced to life in prison, with a minimum term of 21-year behind bars, he is eligible to apply for parole in August 2042.

His Honour Judge Jonathan Rose told him: "On 10th August you were convicted of murder of Dawn Walker. A crime committed I am sure at some point during the night of 27th October last year. I am sure you carried out the murder of your wife on your wedding night.
"The impact of the sudden and violent death at a time which should have been filled with happiness will no doubt have an effect on those that knew her...I'm sure you attacked her and used your significant to punch her causing a range of injuries and that you then strangled her quite deliberately with significant force, sufficient to cause the fracture of the thyroid cartilage."