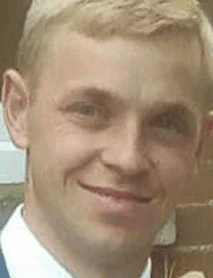 July 2018, The couple got married, later on in November that year Carly had a miscarriage.
January 2019 Carly became pregnant again but did not accept the pregnancy, she appeared to be in denial.
12th September 2019, Eleanor Easey was born at Kings Lynn hospital. Staff reported the birth to social services safeguarding team as a 'Concealed Pregnancy'. A concealed pregnancy is when a woman knows or suspects she is pregnant but doesn't inform any health professional. Safegauding set up a meeting with the Easey family.
21st September 2019, Neither parent attended the meeting with a health visitor at the hospital
28th September 2019, after spending time in ITU due to being very a very small premature, Eleanor was allowed home, declared a fit and health baby.
4th October 2019, after a routine visit by a health visitor, she reported that Eleanor had red marks on her face, she was told by her parents that she had "scratched herself".
8th October 2019, The same health visitor reported Eleanor as vulnerable due to the families 'boisterous dogs'.
9th October 2019, another visit by the health visitor noted scratches on Eleanor's face, Carly said she had scratched herself with her fingernails.
23rd October 2019,  the health visitor, along with a social worker, noticed a bruise on Eleanor's left cheek, Carly Easey claimed that she had caught her face on the strap of her car seat when they had driven down a bumpy road, and that the car seat did not fit correctly.
As a result of the observed injury the couple were told by the social worker to take Eleanor to their GP.
The couple took her the next day to the surgery in Grimston, Norfolk, where the GP found a second bruise behind her right ear.
Eleanor was then taken to the paediatric ward at Queen Elizabeth Hospital where she was examined by three doctors and a staff nurse, who found two marks on her jaws and two near her ears.
The couple once again explained that the injuries had been caused by her slipping in the car seat, the doctors accepted that their story was 'plausible'.
18th December 2019,  Christopher Easey called 999, stating his daughter was struggling to breathe. Paramedics arrived at the Morton On the hill home in Norfolk, and found three month old Eleanor Easey "pale, floppy and lethargic"
She was transferred to Norfolk and Norwich University Hospital, then later moved to  Addenbrooke's Hospital in Cambridge.
20th December 2019, Eleanor died as the result of a catastrophic brain injury. Eleanor had a bleed on the brain which is thought to have been "caused by a bump or a shake".
Mr Easey later told police he thought his daughter might have gotten the injuries in the car when he had to make an emergency stop when another car pulled out in front of him.
A later post-mortem showed older head and neurological injuries, as well as 31=separate rib fractures, and five sites of fracture on her limbs.
Christopher Easey and his wife Carly Easey were arrested and charged.
Christopher Easey charged with the murder of 3-month-old Eleanor, while Carly was charged with allowing
January 2021, at Norwich Crown court, Christopher Easey, of Ely Road, Little Thetford, Ely, has denied murdering Eleanor and a further charge of cruelty to a person under 16.
Carly Easey also has denied causing or allowing the death of a child, and a charge of cruelty to a person under 16.
Trial continues