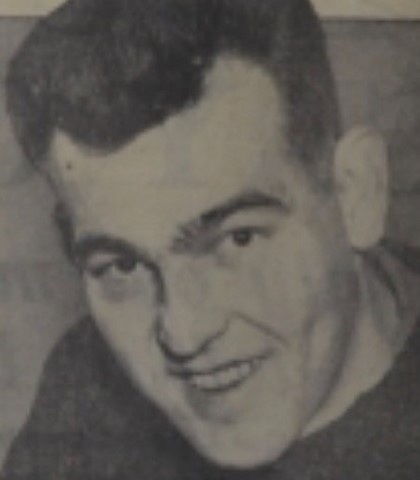 12th June 1960, A crashed car was found in Baslow, near Bakewell in the Peak District of Derbyshire, The car contained a lot of blood, but no driver, the only clue, a pair of shoes.

Later that same day the body of 60 year old William Elliot was found, on a deserted moor, and with no shoes. Originally the police believed he had an accident and wandered off. But post-mortem and other tests showed he died from a severe beating to the head, not consistent with a car crash.

Police interviewed several people, including Copeland, but there was littler evidence, Copeland was released, and no charges were bought.

November 1960, Copeland was back on active duty in Germany, he came into the barracks one evening suffering knife wounds, claiming he had been attacked by two local men.

That same day 16 year old Gunther Helmbrecht was murdered in Verden, near to the British Army Barracks.

Copeland was questioned. but as in the Derbyshire case, there was no evidence.

April 1961, Copeland was back in Chesterfield, Derbyshire, another body turned up, that had head wounds similar to Elliot, the crime were linked by police and Copeland was questioned, but again, lack of evidence meant it was taken no further.

1963, Copeland called police to confess to his crimes, the motive for confessing seemed non-existent.

One of the police officers had developed an association with Copeland, keeping him under surveillance, and this is the man he told about his part in the murders. They had been hate crimes, Copeland admitted, because he'd believed the men to be homosexuals, but he did have some regret over the fatal incident in Germany.However, Copeland refused to make a formal statement and then he withdrew his confession.

Copeland was convicted and sentenced to be executed. His sentence was later commuted to life.