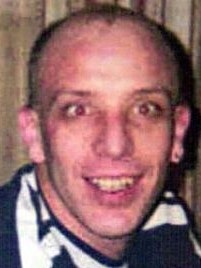 Hobson killed his girlfriend Claire Sanderson, 27, and her twin sister Diane at a flat in the  village of Camblesforth. He then killed an elderly couple in a nearby village.

Sunday 18th July 2004, The twins' mutilated bodies were discovered by Diane's boyfriend on 18 July 2004. Hobson subsequently murdered an elderly couple, James and Joan Britton, at their home in the village of Strensall, a few miles north of York..

Police said the two women had died several days apart and Diane had been sexually abused and strangled. Both had been stripped naked and Claire's body had been wrapped in bin liners.

25 July 2004, He was arrested at a petrol station in the village of Shipton-by-Beningbrough, near York, following a nationwide manhunt, when the petrol station attendant recognised him.

Shortly before the court case, Hobson was placed into solitary confinement for three months after attacking Ian Huntley (a former school caretaker convicted of murdering two female pupils at a Cambridgeshire school), and scalding him with a bucket of boiling water. A prison service spokesman said that, due to the nature of high-security prisoners, "it's impossible to prevent incidents of this nature occasionally happening."

April 2005, Hobson admitted all 4 murders.
The court was told that Hobson had stabbed a love rival five times in the chest in a daylight attack in front of shoppers in Selby in 2002, leaving him with a punctured lung. Hobson had admitted grievous bodily harm and managed to avoided a prison sentence, instead receiving community service.

The trial also revealed that Hobson was an alcoholic and cocaine user.

January 2006, letters were released from Wakefield Prison where Hobson blamed alcohol and drugs for his killing spree.

February 2007, some 15 months after Hobson's failed appeal, the European Court of Justice began a review of lifelong imprisonment to determine whether such sentences amounted to a violation of human rights.

Hobson on is on the Home Office list of prisoners serving a 'Whole Life Tariff', see list here >>