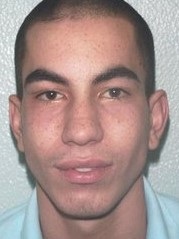 Saturday 24th May 2008, Rob Knox, aged 18, who played the part of Marcus Belby in the film Harry Potter And The Half-Blood Prince and had been promised a part in the next Harry Potter film. was stabbed in a fight outside the Metro Bar, Sidcup, Kent, in the early hours of Saturday 24th May.
Rob had stepped into help his brother. who had got involved in an argument.

Karl Bishop was arguing outside the bar and was outnumbered. He left the scene, went home, and returned with 2 knives. A crowd gathered, and a fight ensued, Rob Knox was stabbed and five others were injured.
A post-mortem examination held at the Royal Princess Hospital, Farnborough, revealed that Mr Knox died of internal bleeding as a result of stab wounds.
Karl Bishop  appeared in court charged with the murder and with wounding five others. He was remanded in custody

Wednesday 4th March 2009, Karl Bishop was convicted of murder.  Giving evidence at the trial, Bishop said he had been "very angry" as a child and attended anger management courses.  He was expelled from school and began getting into trouble with the police for criminal damage from the age of about 14, he said.
The prosecution described Bishop as a person who "carries knives like others carry pens in their pockets"

Thursday 5th March 2009, Bishop was sentenced to life in prison with a recommendation he serve a minimum 20 years.